This term we will focus on 'Writing to Entertain!' 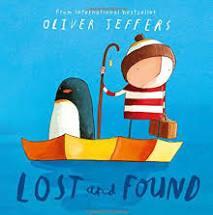 There once was a boy and one day a penguin arrives on his doorstep. The boy decides the penguin must be lost and tries to return him. But no one seems to be missing a penguin. So the boy decides to take the penguin home himself, and they set out in his row boat on a journey to the South Pole.

But when they get there, the boy discovers that maybe home wasn’t what the penguin was looking for after all.

We will be using a video of the story as a stimulus for the start of our writing this term. We will be looking at how the different characters feel throughout the story and how our opinions change when we find out more information. We will think about the conversations the characters may have had between them at different stages throughout the story. We will write character and setting descriptions, design lost posters, write lists and explore new vocabulary in order for us to retell the story and adapt it to write our own version.

Lost and Found By Oliver Jeffers

In this English lesson we discussed that none of the characters spoke only the narrator. We thought about what the characters might say at key moments in the story and wrote down our ideas in speech bubbles.

Throughout the rest of the term we will be looking at stories that are about different cultures and set from around the world. We we will discussing the meanings behind the stories, learning lots of new vocabulary 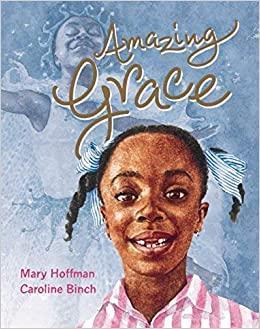 Grace loves to act out stories. Sometimes she plays the leading part, sometimes she is 'a cast of thousands.' When her school decides to perform Peter Pan , Grace is longing to play Peter, but her classmates say that Peter was a boy, and besides, he wasn't black... But Grace's Ma and Nana tell her she can be anything she wants if she puts her mind to it... 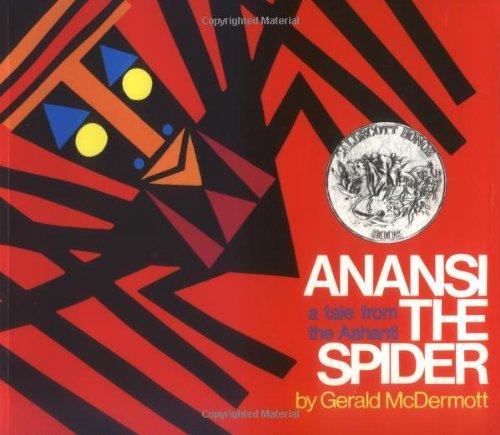 Anansi the Spider is one of the great folk heroes of the world. He is a rogue, a mischief maker, and a wise, lovable creature who triumphs over larger foes.

In this traditional Ashanti tale, Anansi sets out on a long, difficult journey. Threatened by Fish and Falcon, he is saved from terrible fates by his sons. But which of his sons should Anansi reward? Calling upon Nyame, the God of All Things, Anansi solves his predicament in a touching and highly resourceful fashion. 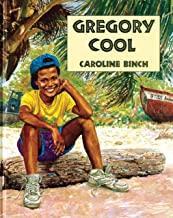 When Gregory wakes up on his first day in Tobago with his grandparents, his heart sinks. The food is strange, the sun too hot, his cousin Lennox is on another wave length, and there are none of the televisions, video games and other high-tech gadgets that a cool city-boy takes for granted. How Gregory adjusts to the strange culture, and learns to enjoy the lifestyle of the Caribbean