Watch the video below.

Then, watch the video again but this time think about how the child is feeling throughout the video. Have a go at drawing a picture of the boy in the middle of a piece of paper. Then around the picture, write words to describe how he is feeling.

Watch the video, Taking Flight. This time, pay attention to what the boy and his grandfather get up to. Can you write a list of the things that they get up to and what they see on their journey. Could you draw a picture to go with each bullet point you write.

- Chased through a jungle.

Pick your favourite adventure from the video. My favourite part was when the cart turned into a boat and they went down the river and nearly got eaten by crocodiles! What was yours? Once you have chosen your favourite part, have a go at describing to your adult what happened.

Have a go at drawing your favourite adventure and write sentences about what happened. 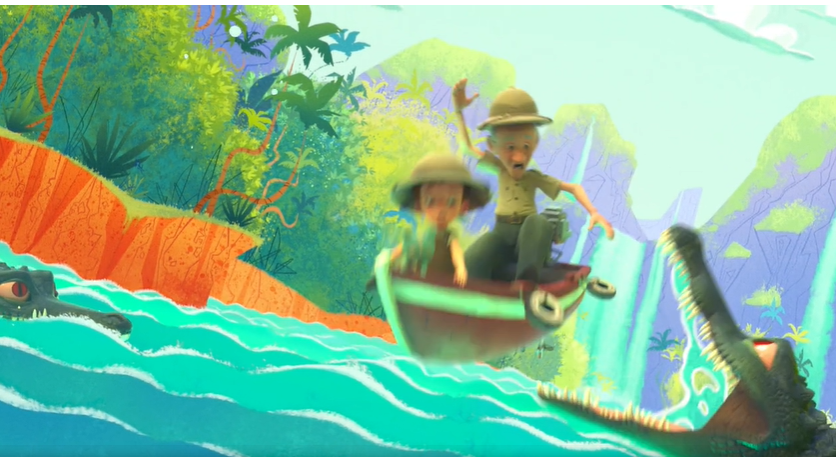 The boy's Grandfather held onto his hat tightly as the crocodiles snapped their jaws. The water carried the boat over the edge of an enormous waterfall.

For example, for me the cart would turn into a jeep and I would go on a safari and see lots of animals.

The start of my adventure:

The cart transformed into a jeep as I landed on the grassy ground. I zoomed past a zebra being chased by a lion. Grandad steered the car around the giraffes that were stood eating their dinner. I wonder what animal I will see next.