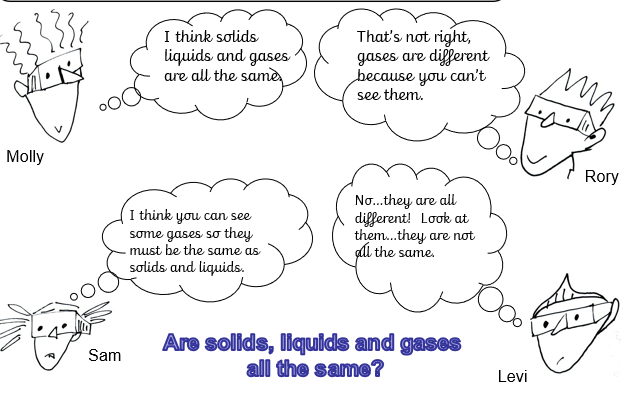 This ‘States of Matter’ unit will teach us about the differences between solids, liquids and gases, classifying objects and identifying their properties. The children will work scientifically and collaboratively to investigate the weight of a gas. Furthermore, they will have
chance to find the ideal temperature to melt chocolate.

States of Matter for Kids | Solids, Liquids, and Gases

They will explore in-depth how water changes state, exploring melting, freezing, condensing as well as a particular focus on evaporation. Finally, they will learn about the stages of the water cycle, creating mini waterworlds and an interactive water wheel to represent the different stages.

Do gases have a weight?

We learnt that the gas in a bottle of fizzy drink is actually carbon dioxide that is put into the bottle at very high pressures! We then discussed whether we thought the gas weighed anything.  Everyone agreed that they thought gas was weightless, comparing it to a balloon being light and how we cant feel the weight of the gases that surround us.   We then were challenged to investigate during the lesson whether we were correct! 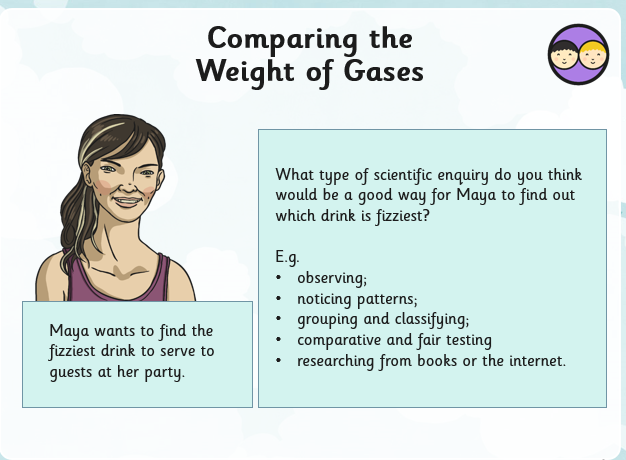 Together we designed our investigation which involved us weighing our bottles of fizzy drinks, then repeatedly shaking them and letting the carbon dioxide out of the bottle and finally reweighing them! We agreed that to make it a fair test we should shake the bottles for the same amount of time.

Once we had weighed the drinks from the second time, we subtracted the second weight from the first weight!  All of the bottles had decreased in weight but the Diet Cola bottles saw the biggest reduction in weight of over 20g!  We concluded that gas must have weight because it was the only thing we had removed from the fizzy drink!